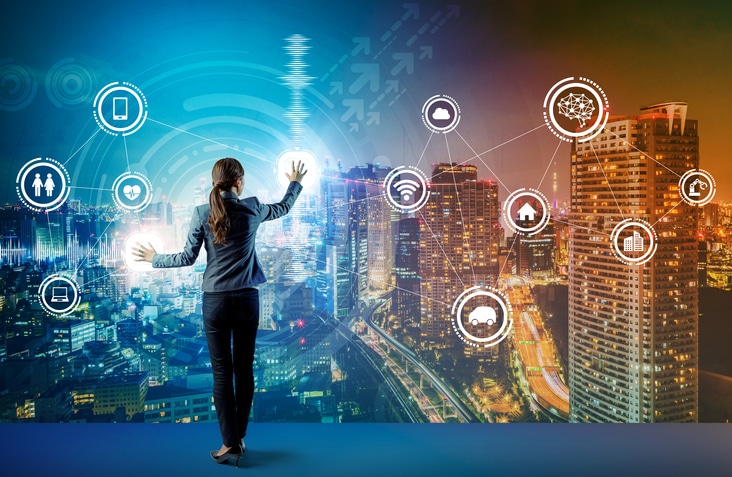 Building automation systems as we know them today seem like something from the future, but they have a long history of innovation that allows them to get to where they are today. The first HVAC controls system goes all the way back to the 1600s and a Dutch man by the name of Cornelius Drebbel. Drebbel created an egg incubator tied to a furnace regulated by “quicksilver”, better known today as mercury, and alcohol. When the fire in the furnace began to burn quicker, the ashes got warmer, the alcohol in the mercury chamber retracted and pushed the mercury further down into the neck of the chamber. Then, a damper, to which a spring was attached closed on the mercury, so that as a result less air would flow, and the temperature of the fire was reduced. If the fire cooled too much, the alcohol would expand, allowing more air flow and the temperature of the fire would climb.

In 1883, a schoolteacher by the name of Warren Johnson was frustrated by the lack of temperature regulation in his classroom. He devised what he called an “electric tele-thermoscope”. It was made with two metals that would expand and retract based on the temperature in the room. These metals were fashioned into a coil, that would move based on this expansion, and when it got too cold in the room the thermoscope would ring a bell to let the boilerman know to open or close the heating damper as needed. Johnson would go on to found the Johnson Service Electric Company, renamed in 1974 to Johnson Controls.

Shortly after Johnson’s thermostat, the first pneumatic systems were invented, primarily to control ships. Early pneumatic systems used steam in order to steer large vessels. In 1925, Russian American engineer Nicolas Minorsky devised the first PID controller, stabilizing the steering of the ship based on whatever disturbances occurred in the steering system. Pneumatic PID controllers would continue to be iterated on until the advent of direct digital controls in the 1980s.

As computers became more widely available and cheaper to produce, direct digital controls became the standard over pneumatics. Rather than using air or steam, the control signal was electrical, greatly increasing the energy efficiency of running an automation system. There were still issues with interoperability, however, and so the American Society of Heating, Refrigerating and Air-conditioning Engineers (ASHRAE) developed the BACnet protocol and released it in 1995. Almost immediately, Alerton Controls came out with a BACnet controller line, followed by Delta building controls, American Auto-Matrix and others shortly after. The BACnet protocol is open and has been overseen by chairmen from several companies, such as Reliable Controls, Siemens Controls and more. A competing standard, LonWorks, was released in the 2000s but has fallen out of favor due to its closed nature.

As the new century started, there became even more demand for higher interoperability, not just within HVAC but all aspects of a building. In 1995, Tridium was founded and began work on the Niagara controls framework. In 1999, the first version of the framework was launched, allowing multiple different protocols to be integrated and managed through a webpage. Today, the Niagara framework is the most widely adopted controls framework in the world, allowing integration of Trane controls, Carrier controls, lighting, access control, and more.

Today, BAS systems are more efficient and user friendly than ever. ABB’s new Aspect system is among the most cutting-edge HVAC controls systems out there and can integrate well with any BACnet device. ABB also offers Integra, a Niagara-based controls line, allowing for the highest levels of interoperability that a facility manager could want. Get in touch with QBS, your building controls specialist, and see what new technology backed by hundreds of years of history can do for you!

We're the Solution for You

Read More of Our Articles